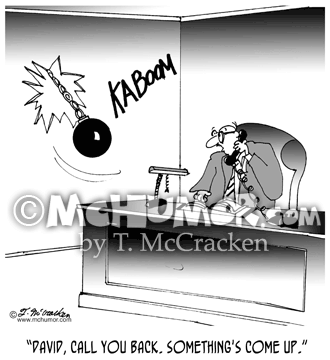 A Wrecking Ball Hits My Site

My website, redesigned by Watermelon Web Works, was visited seven times during the week of April 15-21, 2014. Six of those visits were from me.

Watermelon had hired two external consultants to “audit” the site to figure out why Google hated the new site. Changes were “implemented” on April 15. Paul Clerc, Watermelon’s top web guru, said it would probably take four weeks for Google to “reindex the site and re-apply the algorithms to it.”

One week down, three very long weeks to go.

I wrote Paul Clerc: “I’m sure it will all work out, but it is nerve wracking.”

He replied: “Yes, it sure is nerve wracking. Google has wrecked a lot of businesses with their algorithm changes, which are entirely proprietary. We have managed to avoid the wrecking ball until this project, so unfortunately it is not our specialty, but we do have a good understanding of the issues (and hired outside support to confirm our hunches).”

On April 17 at 11:11 am I sent out an email via Mail Chimp titled Mchumor Cartoons of the Week. The addressees consisted of people who had purchased cartoons in the past or expressed an interest in my site. Four minutes later, at 11:15 am, Mark Leonas unsubscribed. He was another of Watermelon’s top web gurus and in June 2013 had emailed me: “We believe we can make improvements to your site which will likely lead to a significant increase in revenue.”

His unsubscribe was the fastest response I ever had from someone at Watermelon.

In April the site was visited under 100 times and grossed $70, I had no new cartoons commissioned, nor queries about commissions. Since I pay about $137 a month in fees to keep the site up and running, the site lost $67.

OK, now I’m seriously panicking. Before the relaunch I was number one or two in a Google search of “Construction Cartoons.”

Three weeks ago, right after the audit, I was on the second page.

Today I am on the seventh page. Ironically, my Cafepress Construction Cartoon Shop was on the third page.”

On May 7 I sent out my first tweet, “The advantage of getting a puppy at 57 is your bladder holds about as much as a puppy’s, so house breaking is easier.”

I also wrote a blog post, My Life Has Gone to the Puppies

On May 8 one of the Watermelon support team wrote: “We are sorry to hear that you are unhappy with the status of your website. We certainly understand the difficulty and have been working hard to help analyze the website status within Google. Five additional hours has been donated to your site to help improve and analyze various contents.”

“Unhappy with the status of my website”? I don’t know why, but that line immediately reminded me of one I’d head about a of a hospital patient “not achieving his wellness potential.” That sounded so much better than “he died.”

Next: My Customers Are Overcharged

Computer Cartoons for use in newsletters, blogs, etc. So cheap you can afford them even if you’ve paid your web designer way too much.