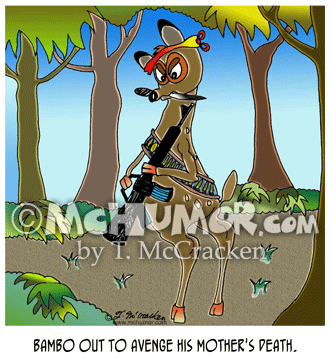 On June 29, 2014, I emailed Paul Clerc, Watermelon Web Works head guru, and asked if I could get a partial refund of the $7,802.97 I had paid them to redesign my site. In the five-and-a-half months since the new site went live it was visited under 600 times, netted $159.89, and I had no new cartoons commissioned.

On July 2 Paul replied to my email:

Ugh. I’m sorry to hear that. I don’t know why this site is in Google’s crosshairs.

As to a refund. There really is nothing left to refund. Watermelon has paid out about $1000 and we have put approximately 40 hours into the site (over $3k) at zero cost to you in attempts to troubleshoot and fix whatever the algorithmic penalty is. I still believe that it is a factor of the ratio of products to content, but there is no way to be sure.

If you are wanting to give up on this version of the site, we will re-implement your old site at no cost. We have lost a lot of money troubleshooting the problems with your site, and they are not due to anything that we have done wrong. We have published hundreds of websites and never seen anything like this. I feel as though we are caught in the middle between the site’s content and Google, as are you.

One other thing that you may try is writing a personal letter to Google. It almost certainly would not receive a response, but may be worth a try.

I appreciate all your efforts and I know the site isn’t failing due to lack of effort on all your parts. I’m just feeling really squeezed as I never anticipated that this thing could go so wrong and I never anticipated seriously taking my friend up on an offer of a job as a dishwasher.

The night the redesigned site went live I celebrated at Yuzen, a restaurant owned by a friend. He joked if the site didn’t work out, “You can always come here and wash dishes.” When his dishwasher was in a car accident, I filled in. It was not the career move I had expected to make at the age of 57.

Google has yet to reply. I posted the letter on my blog. I was desperate for topics to blog about.

When Paul said a factor in Google penalizing the site was a “ratio of products to content” he meant he thought there weren’t enough blog posts on the site. There were 4,200 cartoons posted on it, but only twenty blog posts.

When I say that blogging is the number one thing that will help your site, I am not guessing or hoping or rousting about for a clever trick. There is a ton of research on this topic, and we have been doing this for twelve years, seeing firsthand what works and what doesn’t. Your site is the victim of one of Google’s algorithmic penalties, about which we’ve sent you lots of info (probably daunting amounts). The only way to fix that is to tilt the scale between content and products.

I never before needed to blog to get high Google rankings. In years past I didn’t even have the time to blog because I had a constant stream of cartoon commissions keeping me busy.

Even though I found it hard to believe that a lack of blog posts was what put the site in Google’s crosshairs, I started posting something everyday.

On July 18 a customer emailed: “I found your rates link is not working.”

She was trying to buy a $15 cartoon, but her shopping cart showed she would be charged $50.

This was the fourth time this particular problem had happened. One day customers would be charged the proper amount, the next day they wouldn’t.

Twice before when this glitch had happened Watermelon claimed I had caused the problem by editing something called attributes on cartoon product pages, and twice before I told them I hadn’t edited attributes, that I barely understood attributes.

On October 29 I figured out that a programming error caused the price glitches, something I write about in Part 16 of this review, but that’s jumping ahead in the story.

I emailed Watermelon about the glitch.

The only editing I was doing on those pages was swapping images and/or adding something called “alt text” also known as “alternate text.” None of the images on the new site had any alt text.

Wikipedia gives as intelligible a definition as you’re likely to find for alt text: Alternative text is text associated with an image that serves the same purpose and conveys the same essential information as the image.

It doesn’t really matter if you do or you don’t understand what alt texts are. What matters is that they are really important to Google. Google penalize sites that don’t have alt text. Or so I’ve always been told.

What did I know? Had I been designing web sites for twelve years? No. I had designed one site for fourteen years. All of the images on my old site had alt text, usually the cartoon’s name and number. Now when I posted a cartoon to my blog, I also edited its product page and added alt text.

On July 22, having not heard anything back from Watermelon I emailed, “Anyone home?”

One of their web gurus replied:

I apologize that you feel we have been uncommunicative about your pricing issues. We have discussed the pricing issues with you a few times since it first occurred, identified the cause as edited product options, and fixed pricing for a few products. … I am waiting until tomorrow where I will be able to review this concept with our team. This is an opportunity for us to discuss your issue quickly, and save you time on development. I apologize for the wait, but it is the best way for us to provide you with the solution you would like in an affordable manor.

I’m assuming the web guru meant to say “in an affordable manner.”

I replied: “You’ve got to be kidding. I’m not paying a cent more.”

Next: Paul Doesn’t Appreciate My Attitude

Another of Watermelon’s web gurus once wrote me, “Blogs are considered highly sharable, so write great blog posts for people to share!”

Computer Cartoons for use in advertisements, self-published books, etc. So cheap you can afford them even if you’ve paid your web designer way too much.