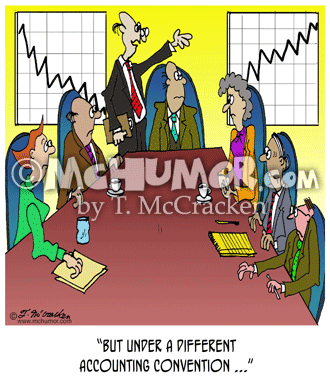 On July 22, 2014, I emailed my web designers, Watermelon Web Works, about a pricing glitch that caused some of my few customers to be overcharged. This was the fourth time this particular problem had happened. Watermelon repeatedly said that what caused the glitches was my editing something called “attributes” on cartoon product pages. I repeatedly told them I had made no such edits.

They replied they were looking for a way to fix this “in an affordable manor [sic].”

An affordable manner? You’ve got to be kidding. I’m not paying a cent more. I’ve had two sales this month for a total of $37.50. That doesn’t even cover the Authorize Net and Online Data fees [fees I have to pay to be able accept credit cards].

I realize Watermelon has been putting in hours and not billing me and I do appreciate that, but it is the least you can do. When a client of mine isn’t satisfied, even if I have put in a good faith effort, I don’t charge them.

If I was only out $8,000 (almost double your bid) it would be one thing, I could walk away from it, but I’ve lost my lively hood [sic], I’ve lost the way I made a living, I’ve lost a business it took me 35 years to build.

When I was looking for a design firm everyone said, “They do good cheap work in India.” I was an idealist, and was willing to pay more to hire not just a U.S. firm, but an Oregon firm. So much for idealism.

Not so mirthfully yours,
T- McCracken
humble cartoonist & dishwasher

I have gone through and fixed all of the products that were working correctly last time we were here. There were 270 products missing the attribute for the $50 product, and consequently all products missing the $50 attribute default to that price. So there is something that is being updated on the site that is causing this behavior. I don’t know exactly what that is, but it is certain that they are there one day (i.e. last time we fixed this) and gone the next (i.e. when you wrote in about this).

So now that this is fixed, I would like to address a couple of the things that you wrote below:

> I realize Watermelon has been putting in hours and not billing me and I do appreciate that, but it is the least you can do. When a client of mine isn’t satisfied, even if I have put in a good faith effort, I don’t charge them.

Yes, we have been doing that all along with you. It is not “the least we can do”. What it is is an honest effort to try and help you fix errors that are being created by your edits of the site/products. We are not charging you for these only because we recognize that you are having a hard time with Google (more on that below). These are not our problem or our responsibility, and we are doing it out of kindness. Nothing more or less. We have gone way above and beyond what is necessary ethically or otherwise to help you out here. I took the time to document how you could fix these problems in previous replies, but that hasn’t seemed to help.

Again, I have offered to restore your old site. We have lost A LOT of money on your project as well. Only you can decide how to proceed with your site. We cannot make that decision for you, and unfortunately we cannot control Google’s decisions regarding search algorithms.

> When I was looking for a design firm everyone said, “They do good cheap work in India.” I was an idealist, and was willing to pay more to hire not just a U.S. firm, but an Oregon firm. So much for idealism.

I take exception to this comment. It underlines how little you understand about the problem that your site has. Google is penalizing your site for the content that it contains. We have zero control over this, but we have continued to try and help you in every way possible, and mostly for free! These are services that you should be paying several tens of thousands of dollars for. We are helping you out of sympathy for your situation. Nothing more. We have fulfilled our contract with you long ago. Yet you have nothing to say but that your idealism in hiring us was misplaced?

Theresa, I will personally continue to try and help you, but I have to say that I do not appreciate the attitude. I understand why you are upset, and I have a good deal of sympathy for your situation, but it is in NO WAY our fault. There are many businesses that have fallen at the whim of Google, and we don’t like it any more than you do, but this is an issue of content and it is ultimately between you and Google. I am more than happy to restore your old site if that is what you want to do. Your call.

I read this email around 11:30 p.m. I’d just returned home from Yuzen, a restaurant I used to frequent as a patron, but one I now worked at as a minimum-wage dishwasher to pay Watermelon’s $85-an-hour fees.

If they had “lost A LOT of money” on my project, and provided services that I should have paid “several tens of thousands of dollars for,” wouldn’t it have made more business sense for them to have refunded my money in April and said, “Sorry, we gave it our best shot. We’ll restore your old site for free and hope it  bounces back to its pre-February earning levels”? They would have been out $7,000 (a little over what they charge for two weeks of their time), and I would have only been out three months’ income (about $5,700).

At about midnight I started to write a new blog post: Watermelon Web Works Review: Part 1.

Computer Cartoons for use in fliers, blogs, etc. So cheap you can afford them even if you’ve paid your web designer way too much.