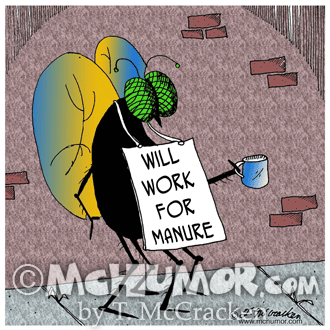 Maybe I Could Move to the Congo

Since my redesigned web site went live on February 17 (178 days earlier) it had netted $64.55, about what Watermelon charges for 46 minutes of their time.

The site was netting 36.3¢ a day, about what Watermelon charges for 15 seconds of their time.

At this rate it would only take me 59 years 9 months 2 weeks 3 days 16 hours 32 minutes and 23 seconds to recoup my investment. But who’s counting?

According to the CIA World Fact Book the Congo has the world’s lowest GDP: $400 per year. I was now making $132.50 a year. I couldn’t even afford to live in the Congo!

The only reason the site even showed a profit was because it netted $265.50 in March. It had lost money every other month since the redesigned site went live.

I was now washing dishes at a friend’s restaurant for $9.10 an hour, about what Watermelon charges for 6 ½ minutes of their time. I did not plan to make dishwashing my second career.

On August 14 I emailed Watermelon that I was giving up on their redesign and upload my old site.

My old site had averaged 1,200 visitors a day and netted on average of $1,900 a month. When I resurrected it, I tried not to get my hopes up too high. I told people: “I’ll be happy if I get half those numbers.”

On August 17 the site had 204 visitors and I had a query about what I charge to draw an original cartoon. It was the first query I’d had about a commission since the site went live February 17.

On August 18 the site had 259 visitors and I was commissioned to draw a cartoon for $150, my first new commission since February 17.

The numbers went up every day for the rest of the month.

On August 30 I washed my last dish at the restaurant.

On July 22 I wrote Paul Clerc, Watermelon’s top web guru: “When I was looking for a design firm everyone said, ‘They do good cheap work in India.’ I was an idealist, and was willing to pay more to hire not just a U.S. firm, but an Oregon firm. So much for idealism.”

He replied: “I take exception to this comment. It underlines how little you understand about the problem that your site has. Google is penalizing your site for the content that it contains. We have zero control over this.”

My old site had/has the exact same 4,200 cartoons on it as were on Watermelon’s version. Same content, different format.

I haven’t completely given up on Watermelon’s redesign. It’s still in cyberspace, but unindexed (i.e., Google doesn’t crawl it, and so it’s not considered duplicate content).

Ever the optimist I’m hoping some day someone at Google will respond to the snail-mail letter I sent to its Senior Vice President of Humor (surely they must have one). I asked him or her why Google hated the site Watermelon designed. I’m hoping the reply will be: “Simply do X, Y and Z and you’ll have so much business you’ll have to hire cartoonists from India to keep up.”

On September 4 Willie B posted a one-star review of Watermelon Web Works on Yelp. Among other things he said:

I was launching a small business on a limited budget, so I called and spoke with one of their reps, who also turned out to be the programmer, who also turned out to be the QA specialist, who also turned out to be the producer, and who, until our relationship took its most southward turn, turned out to be their designer.   I’ll say up front that he did a great job setting up the back end. The site works really well between mobile, tablet, browser, desktop, whatever. I’ll also say up front that working with this moron was the most exasperating professional experience I’ve had in the past decade.   Everything was going fine (according to him) until he posted the site as “finished.” It barely resembled the final design I sent him and was far from acceptable. … Unfortunately, there were several hours of errors on other pages that I didn’t mention on the initial email that I had to pay another developer to repair, but at least they did something.   Did I still pay for more than their initial estimate? You bet! Stay miles away from this company.

Next: The Last Straw

***
At one point Paul said the way to save my website was to blog. Another of Watermelon’s web gurus once wrote me, “Blogs are considered highly sharable, so write great blog posts for people to share!”

Computer Cartoons for use in newsletters, presentations, etc. So cheap you can afford them even if you’ve paid your web designer way too much.