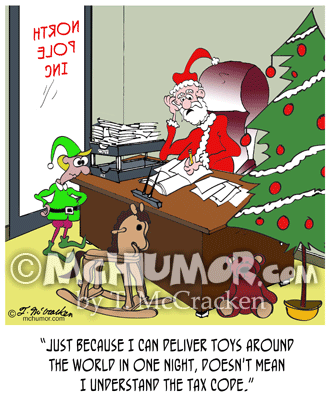 10:16 am August 21st was one of the highlights of my year, the moment the moon totally blotted out the sun in my backyard. The lead up to the eclipse was pretty amazing too. “What about the dead bodies?” a local asked. “They’re expecting millions here. Statistically, the number of people who die per million every day must outnumber the number of refrigerators the morgue has.” In the end, only a few thousand came to our county of 45,000. None died that I know of. I think people were scared off by expectations of Highway 101 turning into a parking lot and a 50% chance of clouds. I’m decorating my Christmas tree with Eclipse Glasses.

November 21st was one of the lowlights of my year, the day my stackable washer/dryer died. Apparently it had a suicide pack with the refrigerator because it died the next day. Celebrations of appliance-services were held for them at the dump.

Speaking of dumps: that sort of describes the state of my cartooning business. I have tens of thousands of cartoons on the web, but most are on sites run by people who don’t understand copyright and think if something is on Pinterest or Google Images, they can use if for free.

Fortunately, the number of hiking programs I led for Road Scholar increased. In addition to leading hikes here on the Oregon Coast, I also led hikes in the Redwoods. When people were running late I’d say, “Hurry up. These trees aren’t getting any younger.” And I wasn’t joking. The tops of more and more of these 2,000-year-old behemoths are drying out, the effect of California’s drought. If a tree falls on a Climate Change Denier and there’s no one there to witness it, is it still poetic justice? Yes. Especially if he also believed Obama was born in Kenya.

After last year’s Redwoods programs I continued south and visited my parents in Santa Barbara. They had their 60th wedding anniversary last December, and I stayed for a couple of months after that. The highlight of the stay was seeing my brother’s family who flew in from Norway. I will admit that in previous visits Alex, my now 11-year-old nephew, was a bit of a brat, but he’s turned into a sweet boy. When I took him to see the new Star Wars movie I knew the theater might be cold so I pulled a sweatshirt out of my trunk, a sweatshirt a mouse had chewed a large-hole in. Nature: sometimes it’s not pretty and not for the faint of heart. “I can’t wear this in fashionable southern California,” Alex protested. I told him to tell people he’d been hit by a light saber. He went along with that. Here’s hoping he doesn’t becomes an obnoxious teenager.

And my biggest news of the year: a few weeks ago friend of mine, Linda, called and asked if I’d like to be a manager at the Drift Inn, a whimsical restaurant and hotel she owns. I cried, “Are you out of your mind!?” I start in January. While many of my friends are about to retire, I’m boldly going where I never even dreamed about going. If you ever come in, just tell them you know me and they’ll give you a free glass of water.

I didn’t draw a card or write a letter last year because I was one of those snowflakes who took to her bed after the election. What fueled much of my lengthy malaise was not just Trump having his itchy-Twitter-finger on the button, but knowing that millions think its their patriotic duty to cheer on a bullying, lying, thin-skinned, ego-maniac, racist, sexual predator. Make America Great Again? How about just making it decent?

Merry Christmas and Happy Holidays to All.