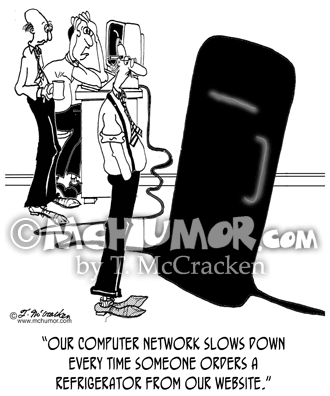 In a blog I posted a few days ago I mentioned that most everything in my house is going kaput.

One thing that’s going strong is my refrigerator. This is really amazing when you read a letter I wrote about it to  Montgomery Ward in January 30, 1994. At the time I was building a cabin while living in a leaky trailer without electricity or running water.

Did you know that you can advertise that your refrigerators fly … although they do crash land?

Up until recently I was “refrigerator impaired.”  In other words, I didn’t have a refrigerator, and couldn’t afford to buy one.  A friend of mine offered assistance.  She bought a real fixer-upper of a house that had an old refrigerator, a Montgomery Ward Model 17354, in the garage.  She thought it worked and said I could have it if I helped her paint her house.  Now, if you’ve ever seen the way I paint, you’d know I was getting the better end of the deal … even if the refrigerator didn’t work.

We loaded the refrigerator into the back of my pick up, and set off.  I live on a windy dirt road that overlooks the Alsea Bay.  No matter how often I look at the Bay, I am awed by it’s beauty, and yesterday was no exception … especially when I saw a bald eagle perched in a tree.  I did what I imagine anyone would do in a similar situation.  I slammed on the breaks, grabbed my binoculars and leapt out of the car to get a better look.  “See the Eagle?” I shouted.  “You don’t see one of those this close every day, do you?”

“No,” she said.  “Then again, I can’t remember the last time I saw a refrigerator lying in the middle of the road either.”

When I’d slammed on the breaks, the refrigerator went flying out of the back of the truck.  At that moment a neighbor of mine rounded the bend and gave out a big hoot.  “Now this a most peculiar situation” he howled with glee.

“Just help us get it back into the truck,” I pleaded. Lifting the refrigerator he cried, “Wow, will you look at that whopper of a dent!”  Sure enough, right on the side that was going to be exposed to the livingroom, there was a huge dent, not to mention oodles of scratches.  “Don’t worry,” he said.  “I can fix it in a jiffy.  That’s my specialty, you know.”

He fixes car bodies with Bondo, not refrigerators that have been in major head on collisions.  However, this morning he delivered the frig to my house, and it looks as good as new.  Even more amazing, it refrigerates AND the light still works.  As I write, a six pack of beer is getting nice and frosty in it, his fee.

My only concern now is that I’m not sure I’ll ever get used to the fins he put on the freezer compartment.

Need cartoons to hang on your refrigerator?

They’re also great for use in presentations, self-published books, magazines and web sites.