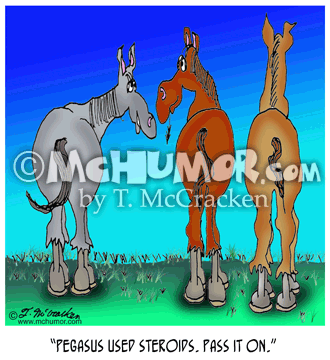 A friend of mine working on the Malheur National Forest in eastern Oregon said they have a wild horse problem. I jokingly suggested one solution was for all the Forest Service employees to give up their pickup trucks and ride horses.

Here’s a piece about rangers and horses I wrote 20 years ago when I was working for the Siuslaw National Forest.

You’re a Forest Ranger, So Go Out and Range … Preferably On a Horse

The first ranger assigned to the Waldport Ranger District was Martin S. Durbin in 1907. Beyond a vague notion of protecting the reserves, the actual duties of early rangers were undefined.  Edward T. Allen reported to his supervisor in 1898 on the Washington Reserve, now the Gifford Pinchot National Forest.  When he asked for instructions, he was told, “That letter [you have] appoints you as a forest ranger, doesn’t it? It’s signed by the Secretary of the Interior, isn’t it?  Well, you are now a forest ranger–so go out and range.”

Allen created his own job description, bought a horse, explored his area until he knew it well, and set precedents for future rangers.

At the turn of the century rangers were expected to “build trails, ride all day and night, pack, shoot, and fight fire without losing their heads.”

Ranger Young of the Florence District was asked to do a census count of wolves, bears, panthers, wildcats and other “savage” animals. He complained he was so busy with his other duties that he didn’t have time to round them all up and count them.

To pass a Forest Service ranger examination in 1908 men had in fifteen minutes saddle a horse, fit the saddle and stirrups, fit a pack saddle with “britching” and adjust the “forkies,” pack the saddles, and mount, ride, trot, and lope on the beast of burden.  On the written exam they were asked questions about how heavy a pack a horse could carry and how much food should be brought along.

Recruitment posters stated, “Invalids need not apply. ” The same was true for women.

Not all men at the turn of the century were experienced with horses. One applicant on the Siuslaw was a sea captain. He piled things high on the horse, then ran ropes all over the hapless creature as though it were a ship. He called it a “Siuslaw hitch.” Everything immediately fell off.

Rangers were expected to provide their own horse, gun, and clothing. Salaries varied from $900 to $1,500 a year. The scope of their work included acting as a police officer, fish and game warden, physician, coroner, disaster coordinator, fire fighter, arbitrator between cattle and sheep ranchers, and trail builder. They negotiated timber and grazing contracts, did surveys, and carried out reforestation and disease-control projects.

Today rangers, many of whom are women, may have thirty to sixty people working for them. Now it’s more important for them to know how to not lose their heads when their hard disk crashes than to know how to saddle a horse.

Horse Cartoons and Forestry Cartoons for blogs, ads, etc. So cheap you can use them to line horse stalls.