A recent post one of my best childhood friends, Ginny, shared on Facebook depressed me beyond belief. The post had photo of a protestor holding a sign, “You are on Stolen Native American and Mexican Land.” Beneath the photo a yellow minion says, “Wrong! All of human history is one group of people conquering another and seizing their land. That’s just how humans did it for thousands of years. White Europeans just happened to be the best at it. Everything you enjoy in your life in modern America you owe to those settlers and pioneers (NOT IMMIGRANTS) who braved a vast, uncharted land and conquered it. We have no reason to feel guilty and We owe you Nothing.” The post was from a site called Fuck Liberals.

I replied: “Wow. I don’t even know how to respond to such a statement. ‘Conquering another and seizing their land. … White Europeans just happen to be the best at it.’ You’re proud of that?” END_OF_DOCUMENT_TOKEN_TO_BE_REPLACED 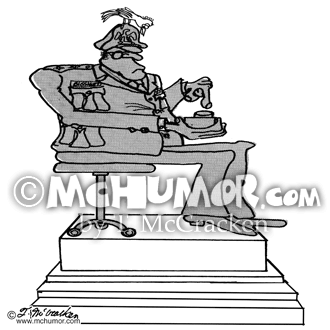 Single white liberal woman is in search of President Trump supporters to engage with in civil exchange of ideas.

I know I’m a cartoonist, but I’m not trying to be funny. I’m being serious. I want to use this blog to get insights into why Trump supporters think the way they do.

I’m eager to discuss policy issues, but first I want to address the elected elephant in the room: Donald Trump. I don’t understand his appeal and I want to understand it.

Trump started his political career by demanding President Obama produce his birth certificate. Maybe if Trump had mentioned the Birther issue once or twice in 2011, I could understand it. We’re all entitled to an occasional absurd idea, but this was an absurd idea Trump espoused for five years. END_OF_DOCUMENT_TOKEN_TO_BE_REPLACED