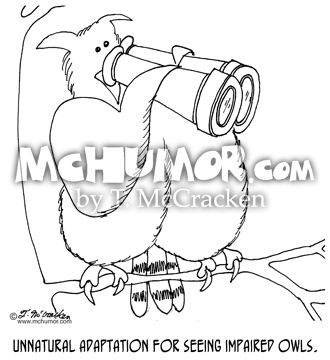 Last night I watched The Big Year, a comedy about competitive bird watchers. It’s a premise I would have thought absurd except I’ve been around such people. In addition to cartooning I teach natural history and lead nature walks, and I would rather get between a mama bear and her cub than get between a bird and birders trying to add to their Life Lists. Full disclosure, I don’t keep a Life List.

Years ago I led a group on the Oregon Dunes outside of Florence and we saw I don’t know how many birds, but it was a lot.  We’d set out before dawn so by 5:00 pm everyone was satisfied and ready to go to happy hour. Everyone, that is, except one man who desperately wanted to add the endangered western snowy plover (Charadrius alexandrinus nivosus) to his Life List.

I don’t remember the man’s name, but I’ll call him John.

“Birds, birds, birds,” his wife moaned. I don’t remember her name either, but I’ll call her Mary.

The wind was really picking up and I told John I couldn’t guarantee we’d see plovers, but if we did we’d have to make a long cold slog through soft sand.

BTW, there used to be a camel in the dunes called Lawrence of Florence, but he was long gone. No joke. But I digress.

John was still game and long-suffering Mary threw up her hands and said she’d come too. Another woman (I’ll call her Susan) joined us because she too wanted to add the plover to her Life List. So off the four of us went into a small sand storm.

After a couple of hours Mary was shivering. John took pity on her and said he’d take her back. A birder-miracle. He chose his wife over a bird!

Susan and I said we’d catch up after we took a “break” in the world’s largest litter box.

Wouldn’t you know it: from where we squatted you could see a plover nest in the distance. I shouted to John, but the wind was so fierce he couldn’t hear me. I asked Susan to not mention the sighting to John otherwise he might let Mary freeze to death if he ever was in a similar situation. Susan not only agreed, she said she wouldn’t even add the plover to her own life list so he’d never know. An even bigger birder-miracle!