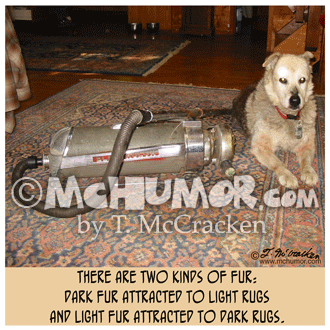 My 2007 year-end letter where I write about starting my truck by having water shoot out a spark plug hole, having a neat freak visit for an extended period of time, and how it seems the State Department had run out of glue sticks.

If only the year had started off with a literal bang, I might have known my ancient truck was having problems and wouldn’t have driven it for over 1,000 miles with a blown head gasket. My mechanic said I could still drive it by—and I’m not making this up—removing a sparkplug, cranking the key until water shot out of the spark plug’s hole, quickly jamming the spark plug back in, starting the car, driving merrily on my way until it died, and then repeat the procedure.

An auto dealership actually gave me a $1,000 trade in. Maybe they thought it was an old Batmobile because flames were shooting out the back when I drove it onto the lot. I now drive a sweet, smooth driving, nondescript car that gets 40 miles to the gallon, the first car I’ve had that’s hard to pick out in a crowded parking lot. For those of you who remember when I was driving my great-aunt’s ’51 Plymouth, don’t worry. I still have it. It’s now an “object de lawn art” (who needs gnomes?) and habitat for many small woodland creatures.

You may remember that last year the big bang I had was when my vacuum exploded while I was prepping the house for a visit from Norman, my gay friend who’s out of the closet, but likes everything else to be in the closet. Well, the new vacuum, one that was in the mid to upper price range and looked like Star Wars’ R2-D2 (i.e., not the cheapest one from Fred Meyers), also burst into flames. I blame Norman and he blames my shedding dog. I assert that under normal use a good vacuum would last longer than a year even if Big Foot with a case of mange lived in my 1,000-square-foot house. Norman is a clean freak and I think he worked the poor machine to death. I plan on hanging it from a tree on a trail at my place with a sign, Nature Abhors a Vacuum.

Now you may be wondering what Norman was doing here in the first place. Didn’t he go back to Thailand? Yes, he did. He came back for what was supposed to be a short visit while he applied for a long-term visa to Thailand, something you have to do outside the county. While here he thought he might as well get the extra pages he was soon going to need added to his passport, so he sent it off to the State Department. It sat there for over four months because the U.S. suddenly started requiring U.S. citizens to show passports when returning from Mexico or the Caribbean, but didn’t hire more people to process the millions of passport applications they were inundated with. Norman’s boyfriend back in Thailand assumed Norman had dumped him because he couldn’t believe the U.S. government could really hold on to someone’s passport for such a length of time when all that was needed was glue stick.

Cartooning has been good. I did illustrations for four books this year and even had some of my work hung in a museum: The Diving Museum in Warsaw Poland. Go ahead and laugh. I did. I thought it had to be—what else?—a Polish joke when they first approached me, but they’re a real place. Hey, we can’t all be in the National Gallery or the Louvre. Before this my biggest aspiration was to have my work hung on refrigerator doors.

My adopted niece and little buddy, Katie, isn’t so little anymore. She’s seven-years-old and at,4’4” is almost taller than her second grade teacher. She likes school, but likes to play even more. I’ve never known a kid who has such a rich fantasy life. She’s a blur as she runs around the pastures and woods imagining she’s in exotic worlds surrounded by exotic creatures.

I’m flying to India this month to see my other little buddy, Alex, my brother Peter’s two-year-old son. I want to see the little guy while he’s still cute and cuddly and not all shaggy like his father. He’s talking now and when Peter or Anne put him on the phone be babbles using a combination of English, Norwegian (Anne’s native tongue), Hindi and baby talk. Some children in India are sent to work before the age of ten, so I imagine that with Alex’s linguistic skills he’ll soon be answering phones at a tech-support company and putting you on ignore … I mean hold. Speaking of outsourcing: the Indian Embassy outsources its visa application process. To where, I don’t know? Rural Oregon? Poland? Wherever they are, they’re more efficient than our State Department. It took me less than two weeks to get a 10 year visa.

Hope you and yours are well.

Dog Cartoons and Cleaning Cartoons for use in ads, brochures, presentations, books, web sites, etc. So cheap you can use them for paper training your puppy.