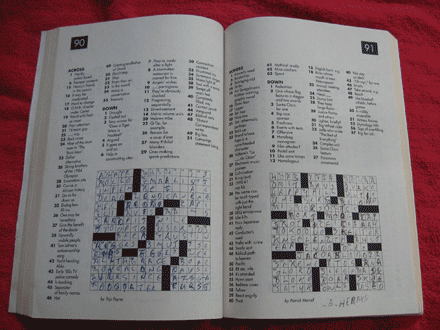 In August 2014 I listed this item on eBay: one used copy of The New York Times Ferocious Crosswords: 150 Hard Puzzles edited by Will Shortz where I’ve already finished 100 of the puzzles. Starting bid: $15.

Over the course of three weeks, I had no bids and ended up owing eBay $21.68 in listing fees. It’s my own fault. I had meant to spread the word of my listing and had hoped it would go viral, but something came up that kept me busy all month. It used to be my goal in life was to have a cartoon published in the New Yorker. Now it’s to have something go viral.

I just re-listed it, but with a starting bid of 99¢, although I really believe it’s worth more than $15.

The Details on My eBay Listing 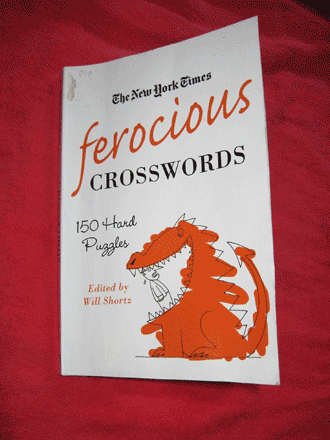 You pull out a pen and slowly flip though the book past pages and pages of finished puzzles all done in ink. People are always in awe of those doing crosswords in ink. 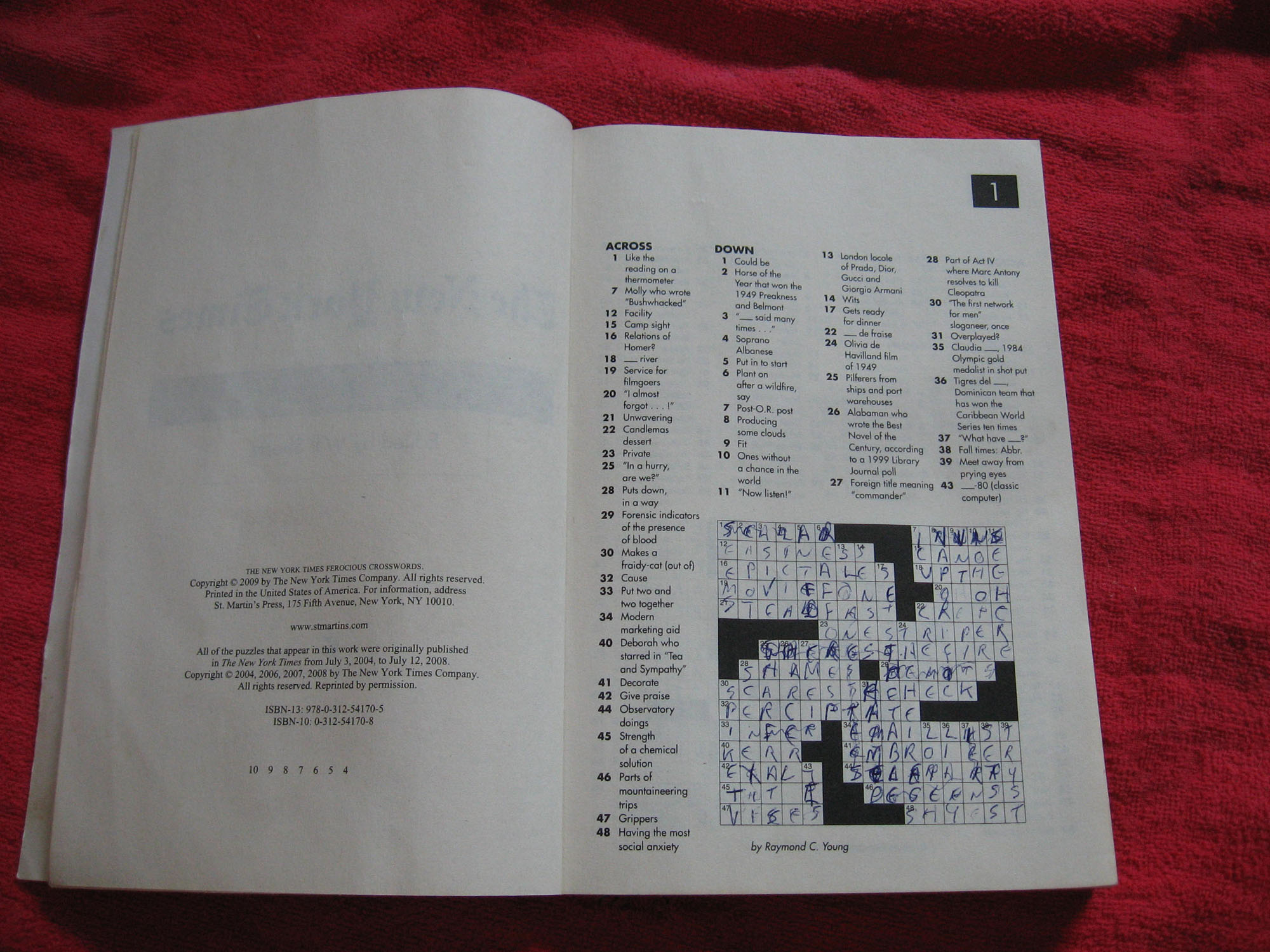 I did the crosswords in ink not because I’m confident of my answers, but because pencils smear. Very often my answers were wrong and I scrawled over them. This makes the book even more valuable than one with 100 perfectly filled in puzzles. Someone who never made a mistake would be intimidating. There’s no greater aphrodisiac than someone who’s not afraid to let others see that he or she can make a mistake.

I’m including with this book at absolutely no extra charge an empty pen. You can shake it and draw circles on a page, but nothing will come out. This gives you the perfect opening line, “Do you happen to have a pen?” 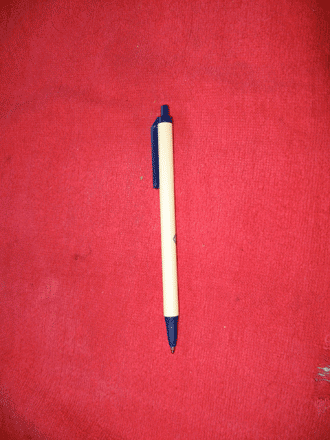 While he or she looks for one ask, “Don’t you sometimes want to strangle Will Shortz?”

The rest is up to you.

Dating Cartoons and English Language Cartoons for use in magazines, presentations, etc. So cheap even an English major can afford them.

2 thoughts on “Used Book of Crosswords For Sale”