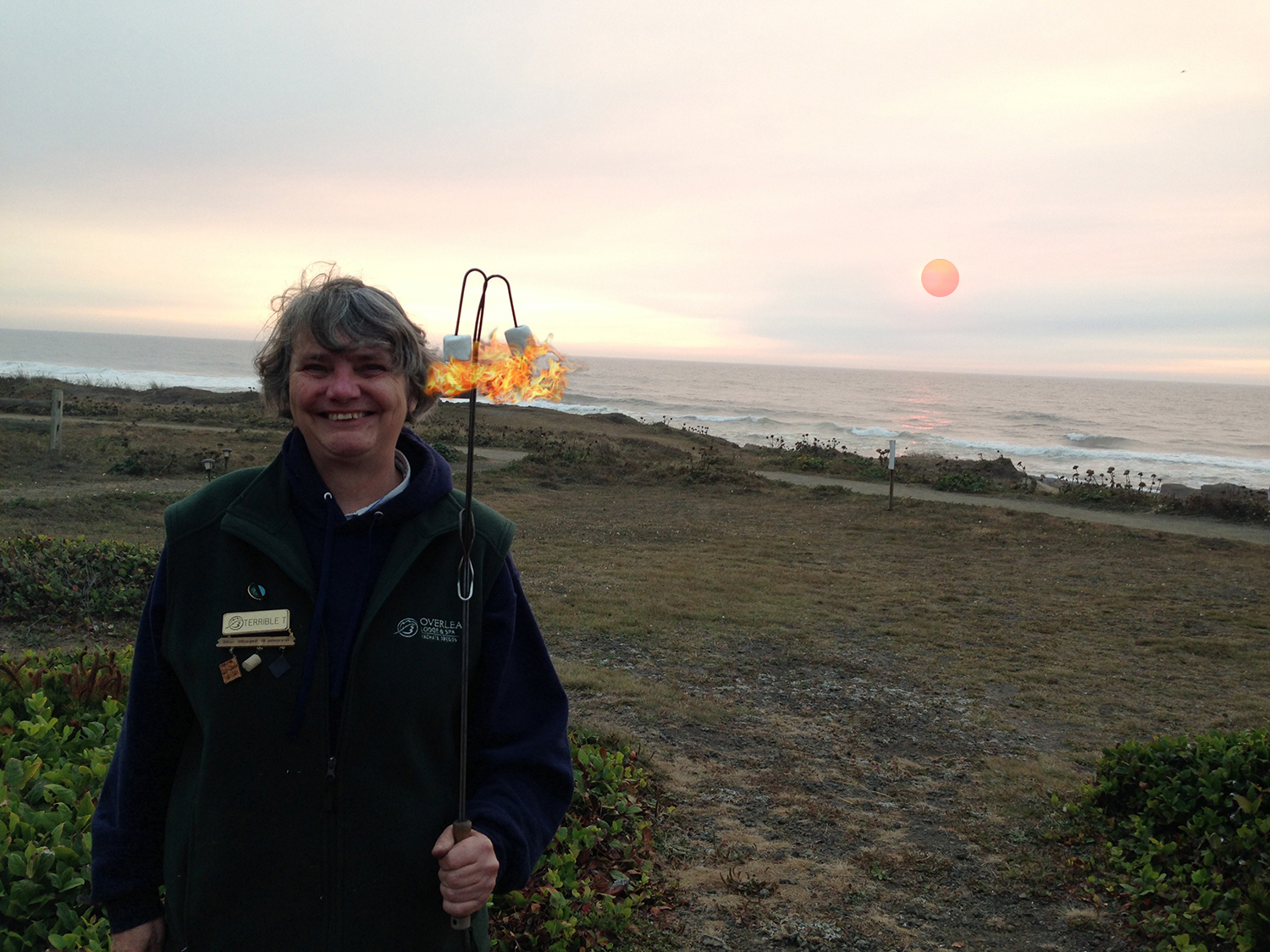 “What do you really do at the hotel?” is one of the questions I was asked most often this summer at the Overleaf Lodge.

“This is it,” I’d say. “Giving a nature walk and then watching the sunset and whales while tending a camp fire and passing out the fixings for s’mores. Those are my only jobs at the hotel.”

Yes, it’s as fun as it sounds. Last night was the last fire for the season.

At least 90% of the marshmallows at this year’s fires were burnt. Even those who tried to carefully brown their marshmallows usually ended up burning them.

I told people this was a good thing as it lessened their risk for Mad Marshmallow Disease, an ailment where ones brain turns into a marshmallow due to eating under-cooked marshmallows.

Campfires were banned in campgrounds the weekend before the eclipse so campers were forced to eat raw marshmallows. They warned people about not looking directly at the sun, but did they warn them about Mad Marshmallow Disease? I think not.

Periodically we made a sacrifice to the Gods by burning a marshmallow in the fire pit. As they burn they ooze and pulsate and look as though they’re hatching and undergoing metamorphosis. They really look like something out of the original Star Wars bar scene. Here’s a video of the last sacrifice of the season.

Another fun fact: Hippocrates believed marshmallows had medicinal uses. “Take two marshmallows and call me in the morning.”

In the mid 1800s the French mixed mallow sap with egg whites and sugar to make a spongy confection called Pâté de Guimauve (Guimauve was the French scientific name for mallow).

In the late 1800s candy makers began replacing the mallow in marshmallows with gelatin. The beginning of the end.

Today marshmallows are made by pumping ingredients through tubes. Gooey rope is extruded and cut up. One of those ingredients–Tetrasodium pyrophosphate (Na4P2O7)–sounds like something that should go into a bomb, not a bonfire.

So much for food for the Gods.

For those of you who bought that story, I’m sorry. I made it up. You’d better go to a doctor and have yourself checked for Mad Marshmallow disease.

The real history of s’mores? Not sure. One of the first, if not the first, recipe for “Some Mores” was printed in 1927 in a book, Tramping and Trailing with the Girl Scouts.

Summer’s over, but I hope to be back tending fire next year.